Sideshow’s SDCC Weekend Wrap Up for Days 3 and 4!

San Diego Comic-Con has reached its end, and what a weekend it was!

For the first time since 2019, Sideshow was set up at booth #1929. Throughout SDCC we unveiled new products and brought you the latest in exciting news via livestreams, booth tours, giveaways, and more! Our YouTube channel has a full SDCC playlist with closer looks at the biggest SDCC geeky content.

Here’s our Sideshow wrap up for Days 3 and 4 at SDCC, as well as highlights from throughout the convention. All the exclusives, reveals, and videos are waiting just for you!

Get the Inside Scoop on San Diego Comic-Con 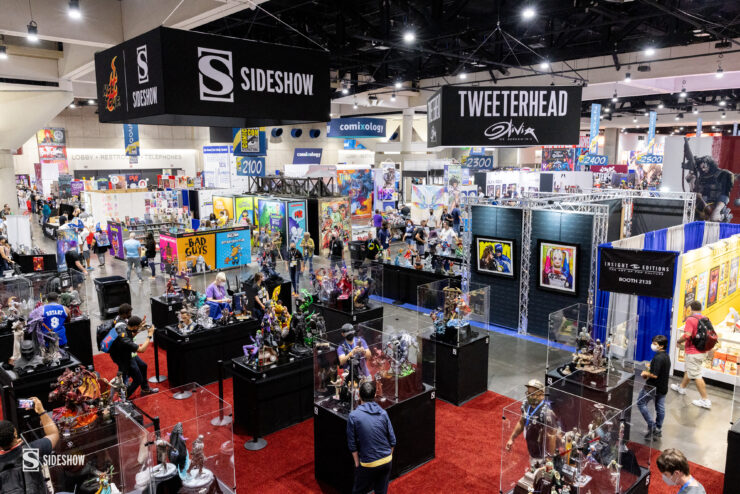 Sideshow’s art gallery-inspired booth was filled with toys, statues, and art from some of the biggest names in the collectibles business. This year, Sideshow was joined by friends and partners at Hot Toys, Tweeterhead, Insight Editions, Iron Studios, Prime 1 Studio, PureArts, Infinite Statue, EXO-6, and more! 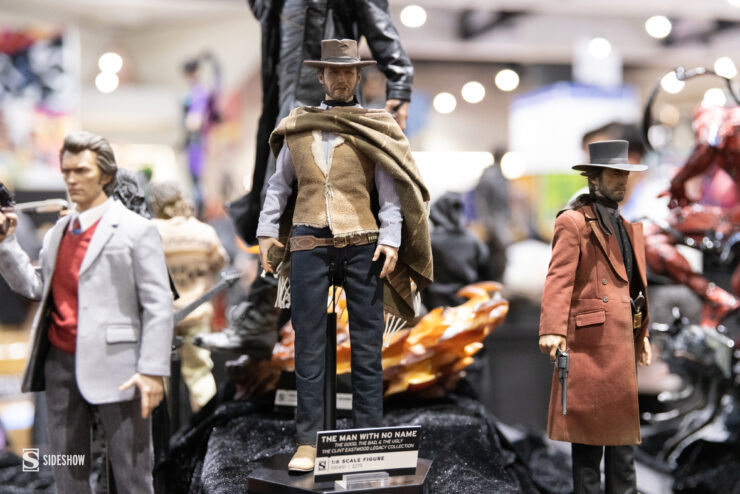 Fans were able to get a close look at the iconic Clint Eastwood Legacy Collection which included stunning tributes to The Preacher, The Man with No Name, and Harry Callahan. 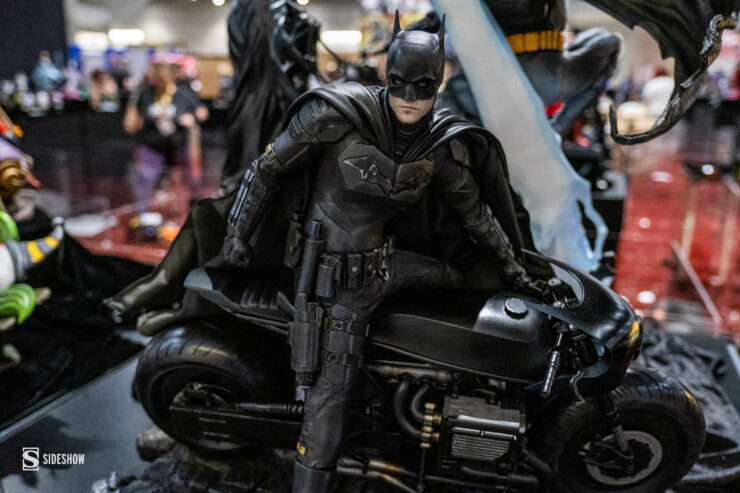 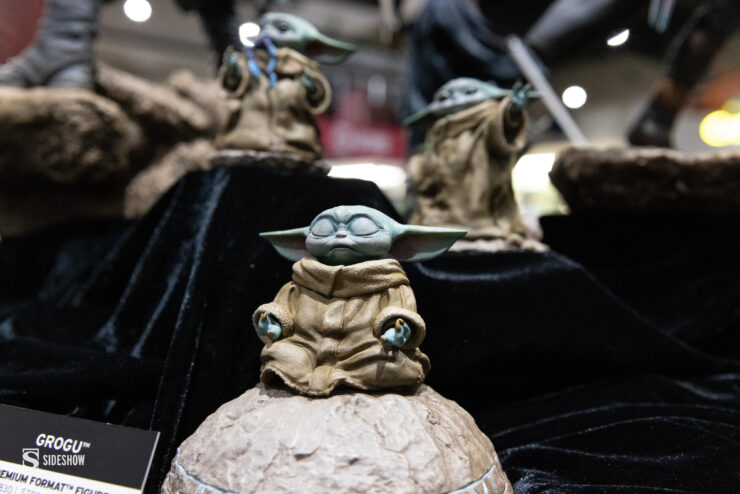 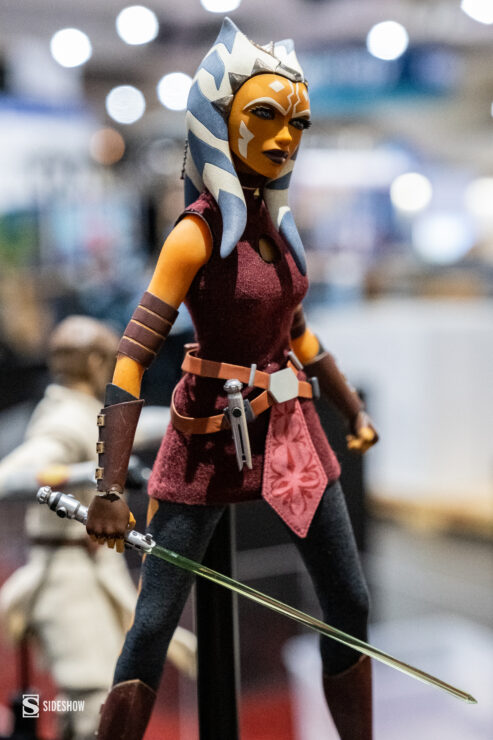 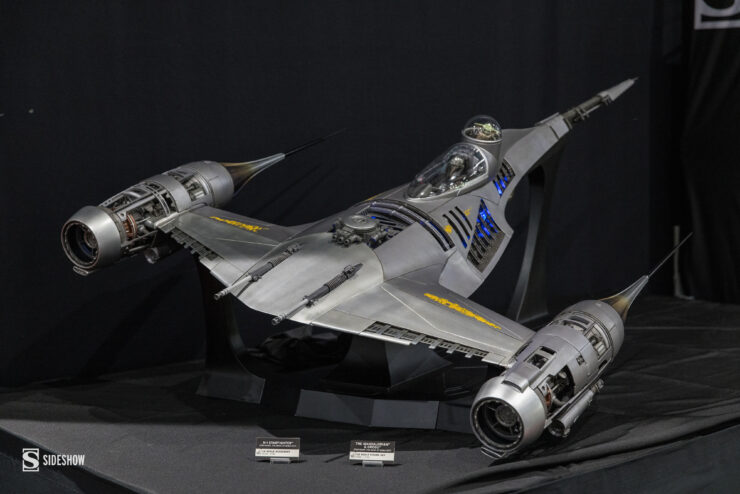 Star Wars fans were wowed by the stunning N-1 Starfighter™ Sixth Scale Figure Accessory, in addition to a whole scrapyard of new droid reveals including R5-D4™, a Pit Droid and BD-72™ figure set, the KX Enforcer Droid™, The Dark Trooper™, a Super Battle Droid™, and a Geonosis Battle Droid™. 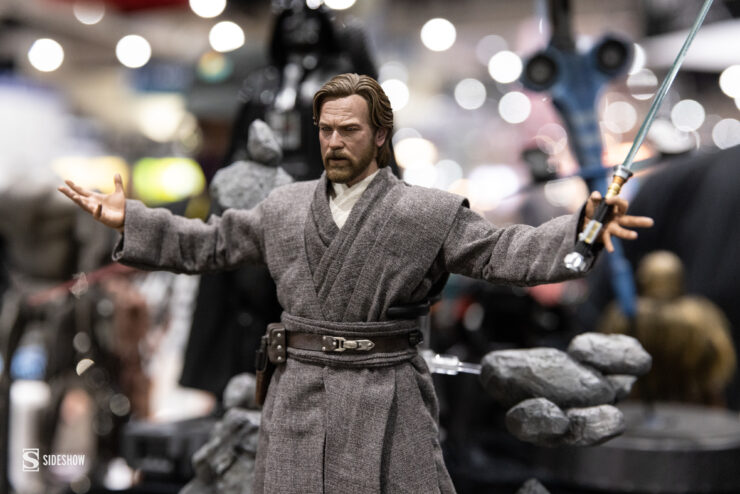 Plus, an Obi-Wan Kenobi, as he appeared in his solo series, was poised to have a rocky showdown with his arch-nemesis, Darth Vader™. 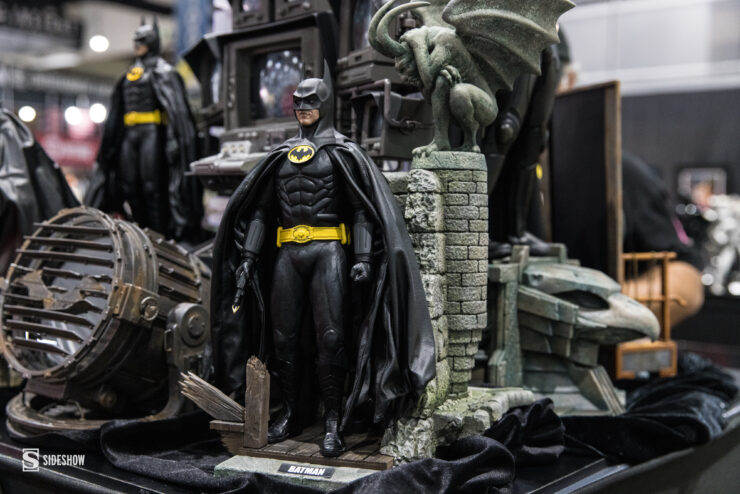 A 1989 Batman was showcased for the very first time at Sideshow’s booth, along with an incredible new Batcave Computer Diorama! 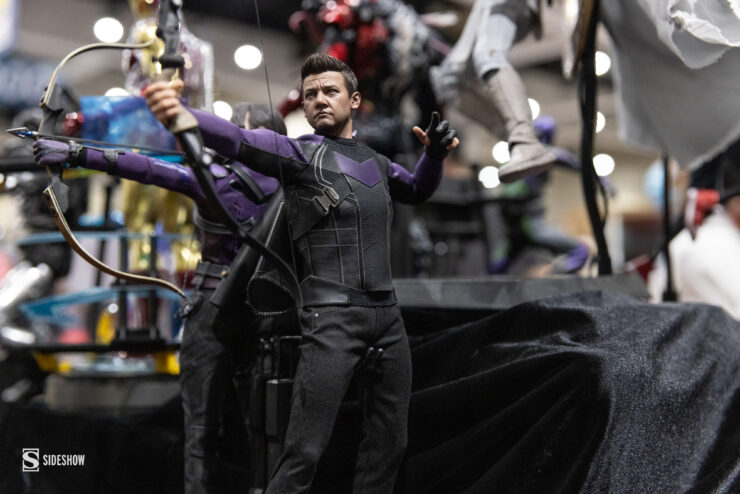 Right on target! Marvel fans also got a first look at Hawkeye — alongside Kate Bishop, Moon Knight, Thena, Gilgamesh, and even a HUGE Vulture figure! 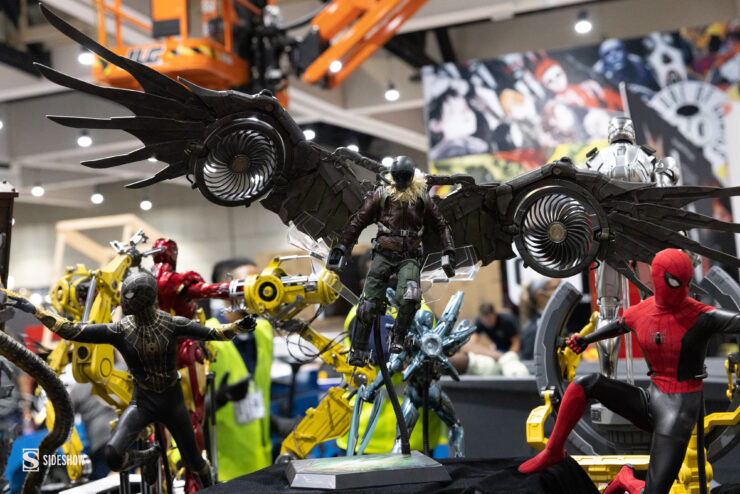 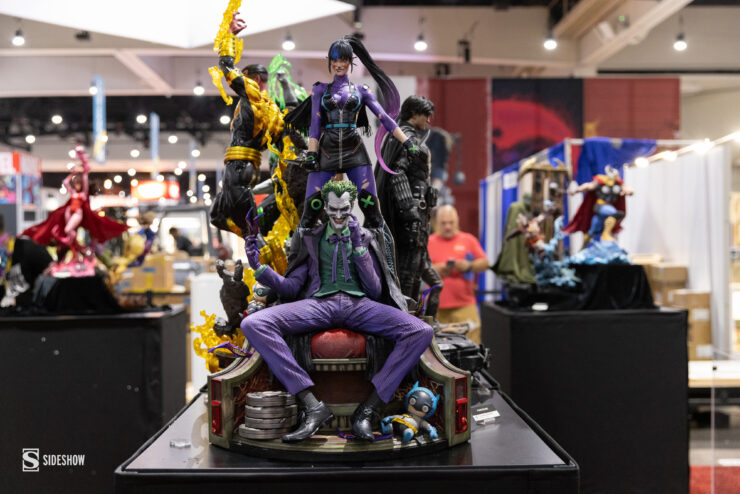 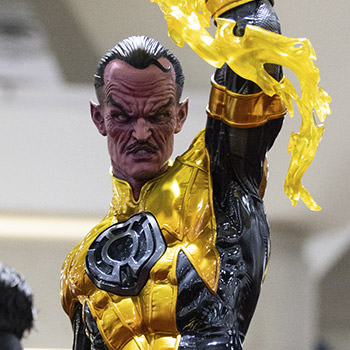 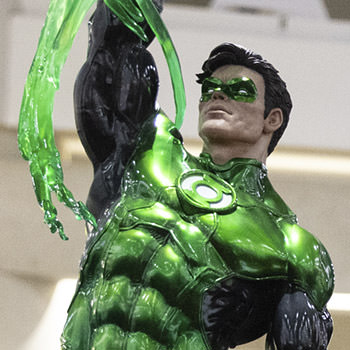 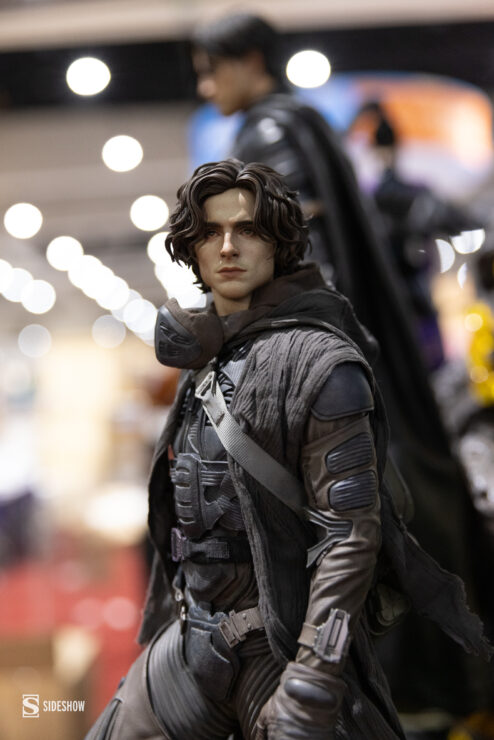 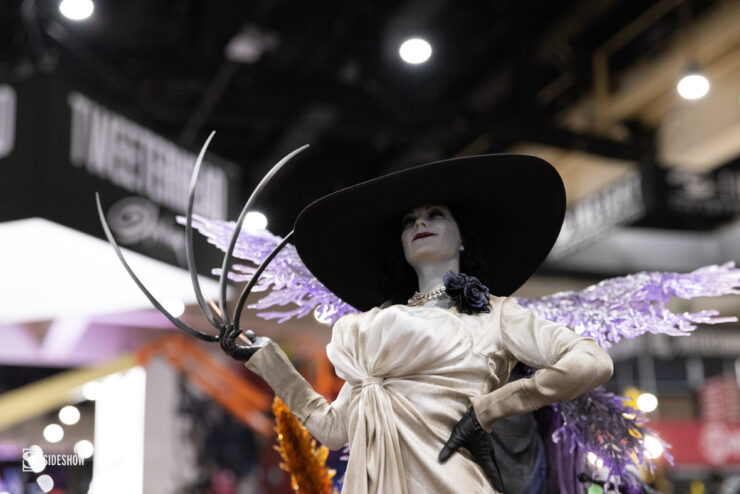 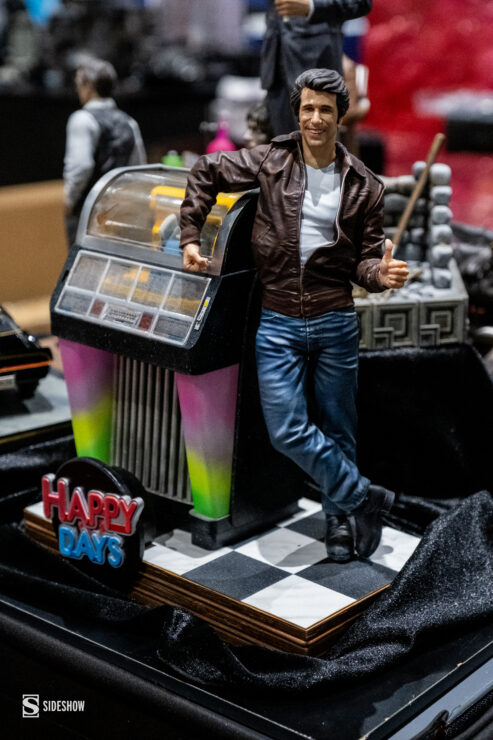 Turn back that dial for a dash of nostalgia. Infinite Statue brought a range of cult favorites to the show with Fonzie, Nosferatu, Agent Dale Cooper and Laura Palmer, Vincent Price, and more! 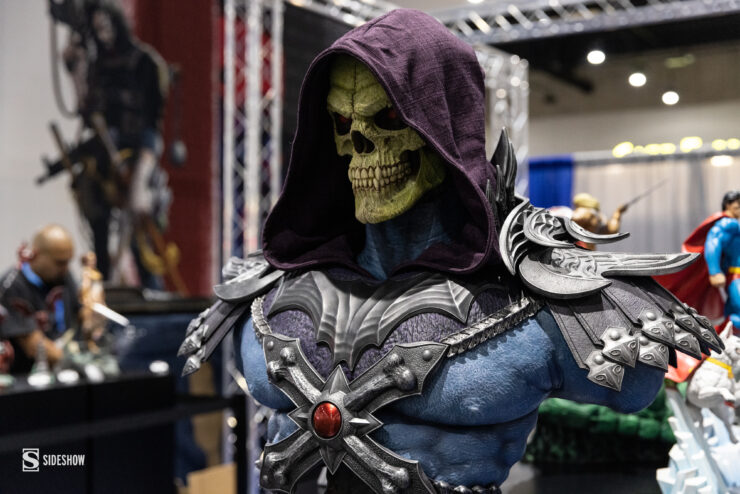 By the power of Grayskull! Tweeterhead showed their stunning range of Masters of the Universe Legends Maquettes including Hordak, Teela, and Mer-Man, as well as a life-size Skeletor bust! 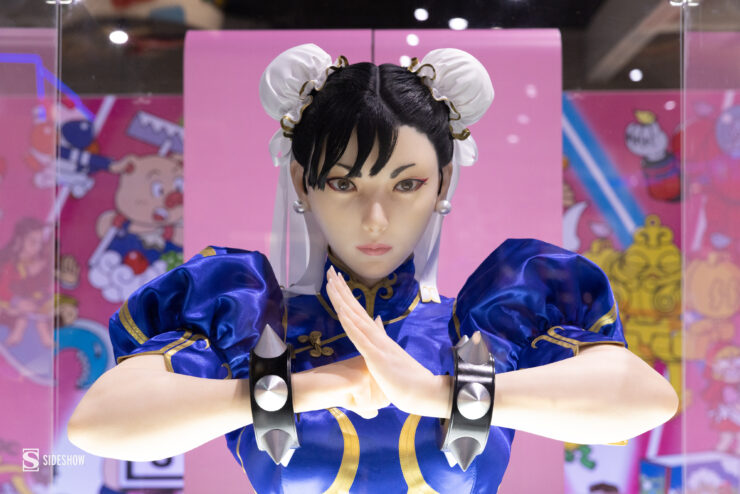 Street Fighter fans were in awe of the Chun-Li 1:1 Bust from Premium Collectibles Studio.

Right from the floor, we’ve got podium and booth tours, behind the scenes footage, and exciting product previews — let’s get into it, nerds.


Turn that Upside Down right around with Threezero’s towering Demogorgon, along with Eleven, Dustin, and Lucas from Stranger Things.


Get up close and personal with Captain America, fan favorites from The Mandalorian, Darth Maul™, Aquaman, and others!


Get to know the phenomenal Brian Rood, the artist behind some of the most iconic images from Star Wars, Marvel, Transformers, and other well-known properties.


And finally, you heard it here first, some very important advice from the fans!

Catch Up with Sideshow at SDCC!

Missed a day at SDCC or wondering what other reveals and behind-the-scenes exclusives happened? Avoid pruning by the TVA by traveling back in time with our Sideshow Con 2022 playlist on YouTube. There, you’ll find everything leading up to and during SDCC!

Plus, you can check out our extended Comic-Con coverage on the Sideshow blog. We have detailed recaps for Day 1 and Day 2, an in-depth look at the Black Panther: Wakanda Forever trailer (plus The Rings of Power and Dungeons & Dragons), as well as a review of the biggest movie and TV announcements.

And of course, we can’t forget the convention exclusives — these are the collectibles you’re looking for.

What were your highlights from SDCC 2022? Join the conversation at side.show/geekgroup and Let Your Geek Sideshow! 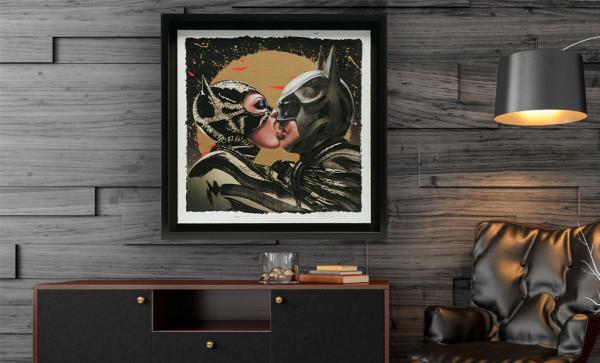